School of Mathematics, University of Leeds 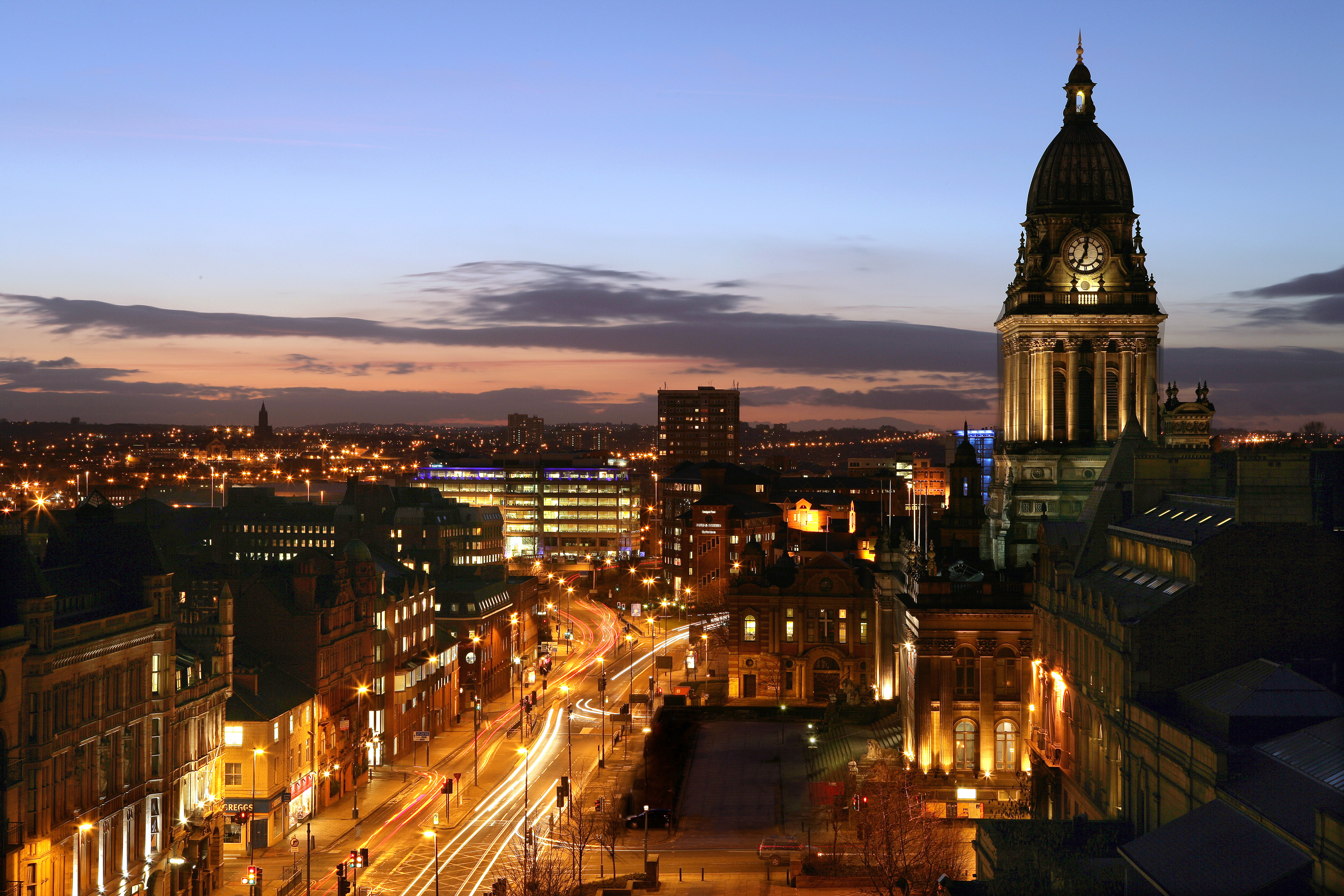 Prof. Damian Clancy (Heriot-Watt University, UK)
For a susceptible-infectious-susceptible (SIS) infection model in a heterogeneous population, I will show how to derive simple and precise estimates of mean persistence time, from an endemic state to extinction of infection. Heterogeneity may be in either levels of infectiousness or of susceptibility, as well as in the infectious period distributions.

Dr. Francesco Iorio (Wellcome Sanger Institute, UK)
The molecular features of a patient’s tumour impact clinical responses and can be used to guide therapy, leading to more effective treatments and reduced toxicity. Most patients however do not benefit from such targeted therapies in part due to limited knowledge of candidate targets. Lack of efficacy is a leading cause of the 90% attrition rate in oncology drug development, and fewer molecular entities to new targets are being developed. Unbiased strategies that effectively identify and prioritise oncology therapeutic targets are needed to improve success rates in drug development and to accelerate the development of new therapies. We performed genome-scale CRISPR-Cas9 dependency screens in 324 human cancer cell lines from 30 cancer types and developed a data-driven framework to prioritise cancer therapeutic candidates. Furthermore, we systematically identified genomic biomarkers of gene essentiality and integrated these with target tractability information, through a dedicated bioinformatic pipeline designed on purpose. This allowed to nominate and prioritise promising therapeutic targets at a genome-scale, and generated a catalog of ~600 promising hits for specific tissues and genotypes, ranked according to their predicted therapeutic potential, based on multiple evidences. We experimentally validated in vivo one of the most promising targets predicted by our approach - WRN (Werner syndrome ATP-dependent helicase) - as a selective and potent therapeutic target for cancers with microsatellite instability (MSI) from multiple tissues. Our data and results are public available here.

Dr. Oscar Rodriguez de Rivera Ortega (University of Kent, UK)
Climatic change is expected to affect forest development in the short term, as well as the spatial distribution of species in the long term. The aim of this presentation is to study ecological processes from different perspectives and to analyse the different approaches to this problem. We apply spatio-temporal models based on Gaussian processes, which have been successfully applied in other disciplines. In order to fit the Bayesian model, instead of the common Markov Chain Monte Carlo (MCMC) method, we have used the novel integrated nested Laplace approximation (INLA), through the Stochastic Partial Differential Equation (SPDE) approach. This approach can be easily implemented, providing good results with less computation than MCMC. This model can be expanded to the spatio-temporal domain, including new parameters that reflect linear, nonlinear, autoregressive or more complex behaviours. Bayesian approach shows more flexibility, and the inclusion of the spatial field or the latent spatio-temporal process allows including residuals as a proxy for unmeasured variables. Spatial and spatio-temporal Bayesian models are a really interesting approach for the understanding of environmental dynamics, not only because of the possibility to develop and solve more complex problems but also because of the transparent implementation.

Prof. Magnus Rattray (The University of Manchester, UK)
Gaussian processes are a flexible class of model for statistical modelling and have been applied extensively to spatial and temporal data. I will provide a brief introduction to Gaussian process inference and describe some applications of Gaussian process models to single-cell genomics data. We have developed a scalable implementation of the Gaussian process latent variable model (GPLVM) that can be used for pseudotime estimation when there is prior knowledge about pseudotime, e.g. from capture times available in single-cell time course data. Other dimensions of the GPLVM latent space can then be used to model additional sources of variation, e.g. from branching of cells into different lineages. We have also developed a branching Gaussian process to explicitly model such branching and identify which genes are associated with cellular branching and whether they branch late or early. To scale up inference in these applications we use sparse variational Bayesian inference algorithms to deal with large matrix inversions and intractable likelihood functions, implemented using the gpflow library.

Mr. Robert West (University of Leeds, UK)
In this talk I will describe the effect of a randomly switching carrying capacity on a well-mixed two-species competition model. Here, demographic noise is coupled with environmental noise (via a switching carrying capacity that drives the total population size). We will discuss how the (fixation) probability that the slow species prevails depends on the environmental switching rate and how it can be peaked at a nontrivial switching rate when more time is spent in one state (asymmetric switching). We also compare our results with those obtained under periodic variations and show that, under fast random switching, the leading order of the fixation probability is the same but the first-order corrections differ. If time permits I will also present some work on three species models with a randomly switching reaction rate, where again environmental variability can lead to different fixation results.


Direct and indirect feedbacks in translation

Prof. Maria Carmen Romano (University of Aberdeen, UK)
Translational control of gene expression plays an important role in many situations, offering the advantage of a rapid cellular response, as opposed to transcriptional control, when more permanent cellular changes are required. We discuss different types of direct feedback mechanisms at the level of translation and how they can lead to a large repertoire of dynamical behaviour in protein synthesis, including oscillations, step-change and bistability. Moreover, we discuss indirect feedback mechanisms in translation that restore the balance between translational demands and available cellular resources upon cell perturbations.

Dr. Luisa Cutillo (University of Leeds, UK)
Background: Data clustering can be reformulated in terms of a graph partitioning problem where the given set of data is represented as a graph. In this context, eigenvectors of the graph Laplacian are often used to obtain a new geometric representation of the original data set, which generally enhances cluster properties and improves cluster detection.
Methodology: In this work, we apply a bootstrap Algebraic MultiGrid AMG method, which constructs a set of vectors associated with the graph Laplacian. These vectors, referred to as algebraically smooth ones, span a low dimensional Euclidean space, which we use to represent the data for cluster detection. We show how the computed smooth vectors employed in the construction of an AMG operator accurately approximate the space in the lower portion of the spectrum of a preconditioned version of the graph Laplacian.
Application and conclusion: We discuss the results of the application of our approach on simulated and real data, in particular we explore data from single-cell RNA sequencing (scRNA-seq). The results are very promising when dealing with networks with medium and high modularities. We show that our method can serve as valid alternative to modularity-based methods, when there is no “ground truth”. Indeed it exploits theory of AMG methods to decide how many smooth vectors have to be computed to well represent the data, while for the more standard spectral clustering it is not as clear how many eigenvectors to choose in advance in order to get satisfactory clustering results. We finally observe that our method has a linear computational complexity and can be very competitive for large-scale data sets.

Seminars on Wednesday 27th November and 4th December have been cancelled as a result of the strike action.

Dr. Audrey G&eacuterard (University of Oxford, UK)
CD8 T cell responses are key to eradicate virus, intracellular bacteria and cancer cells. A crucial feature of this response is to recruit T cells that will kill pathogen-infected cells or tumour cells while sparing healthy tissues. A multitude of CD8 T cell clones are recruited during an immune response, each with distinct T cell antigen receptors (TCR) with different affinity for their antigen. This clonal breadth is consistently observed despite factors favouring dominance of one or a few clones. How and why this diversity exists is unclear. Our central hypothesis is that T cells integrate individual responses into a collective response through direct communication to preserve T cell clonal breadth. We propose that T cells behave collectively in part through direct co-regulation through cytokines, allowing for lower-affinity clones to emerge and survive despite the competitive environment. I will discuss the consequences of direct T cell communication through the cytokine IFNγ on anti-bacterial responses, and how it impedes anti-tumour responses.

MBM Seminars are discontinued for the second semester, and until new notice, as a result of the 'Action Short of a Strike' as part of the UCU HE disputes on pay, equality, workloads and casualisation, and on pension justice. More information about the disputes is available at www.ucu.org.uk/why-we-are-taking-action and more about working to contract at www.ucu.org.uk/working-to-contract.

If you have any questions regarding the MBM seminars, please send an email to Mart&iacuten L&oacutepez-Garc&iacutea.